View this email in your browser

The speaker, Danny Crothers, is a retired Wynyard teacher and a sixth generation Tasmanian, with ancestors dating back to 1806. His wife, Jo, nee Miley, is a descendant of a maritime family from 1850. Most of their ancestors spent time in and around Hobart, arriving here between 1820 and 1920.

The people include cobblers, stage stars, an American whaler, a trooper, a blacksmith, a political activist, a dam designer, a decorated pilot. Not many became well-known but plenty led unusual and entertaining lives, knowledge of which can shine a light on old Hobart.

More for Your Diary

TOPIC: The Best of the Best – Tasmania’s Vanishing Towns

BRING YOUR OWN CUP OR MUG

When attending the General Meeting can you please bring your own cup or mug.

The following items were accessioned during the month of May 2021.

* Shearer, Les; CRIES FROM THE PAST - The Chronicles of Kate Finnerty and George Evans, their ancestors and their descendants [Q929.2 EVA]

We are delighted to announce the addition of 18,022 Roman Catholic baptism and marriage records from County Kerry to our Roots Ireland online database.

The records are as follows:

For an up to date list of sources for County Kerry and to search these records, login or subscribe, as required, to RootsIreland.

What happens inside Hobart’s iconic 91 Murray Street building when the doors close at the end of the day and the lights go out?

For one exciting night you will have the chance to find out, as the doors stay open after dark… presenting a mesmerising digital canvas that lights up the walls, ceilings, floors and stairwells.

What stories will YOU uncover as you wander through the building?

We invite you to join us for this exciting event! 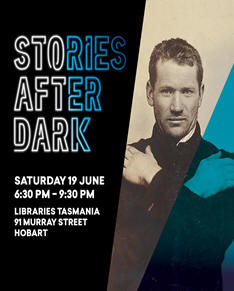 WHEN THE WATERWAYS WERE HIGHWAYS

Hobart's history is inextricably intertwined with water. Long before the city was connected by road transport, those coming here and those leaving travelled by water. Simply, the waterways were the highways.

Everything - and everybody - moved this way. And the River Derwent around which the city was built made for a far-reaching travel medium, whether a visitor was coming from England or Melbourne, even if they were just traveling its breadth to see friends or relatives.

Crucially, this was also the way trade was conducted. Until the 1950s, the reaches of the River Derwent were heavily trafficked, awash with fishing dories and coal carriers, boats filled with timber and stone for factories and mills, others bearing grain, fruit, vegetables and meat to the city.

At its peak, Hobart boasted a half-dozen massive piers built out into Sullivans Cove, each with huge warehouses and bond stores, core to the chain of supply and demand for the city and beyond. At the piers' edge were railway tracks on which ran mobile cranes to unload ships through their decks and into their holds below.

Today, most of such bulk trade is in containers and delivered to the north of Tasmania for rail delivery to Hobart. The wharves and piers of Hobart still furnish a service to a variety of vessels, including marine explorers and Antarctic researchers as well as cruise ships, but the days of large-scale loading and unloading of ships have passed.

They are remembered, however, in the form of two old dockside cranes, both near Constitution Dock. Each dates from the nineteenth century, the smaller beside the fish restaurant, Mures, from before 1885. It is still occasionally used by small craft in the dock for repairs and maintenance. 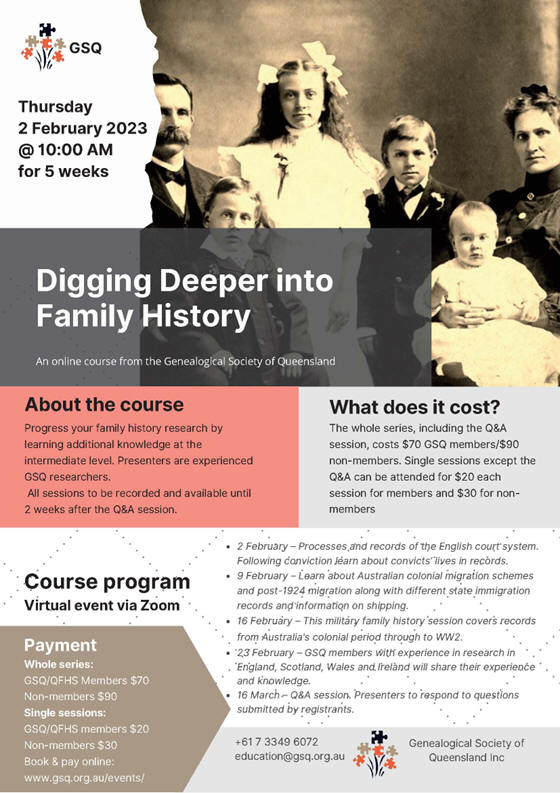 The large steam crane near Elizabeth Pier, a magnificent affair with a 360-degree swing, was designed with a 25 tonne capacity. Known as a travelling steam crane, it was built by Appleby Brothers in England and commissioned in 1899.

Because of its weight, it operated on tracks that had an extra row of piles under the crane track. Initially the only powered crane in the port, the crane operated at full capacity during the Second World War before being down-rated to 20 tonnes capacity in 1960. After remaining in service until 1969, the crane was left in place, a handsome reminder of an old port and a time past.

With the “retirement” of long serving Library Assistants Anne Hay, Inga Shelverton and Maureen O’Toole, the Librarian Jude Mudaliar is seeking members to manage the front desk and / or assist researchers visiting our Library. On-the-job training will be provided. The commitment can be as little as a single 3-hour visit per month. To put your name forward please phone the Library (6245 9351) or email the  Secretary.

Are you disappointed that there are no articles in Tasmanian Ancestry that relate to your family and your family research? There is a simple solution to this. Write something yourself!

It is known that several of our members have undertaken UTAS units in the Diploma of Family History course so there must be some assignments waiting to be converted to articles for our Journal.

It was interesting to hear a comment made by Malcolm Ward in the March meeting that he believed a multi-generational brick wall was knocked down when he published a small booklet on an ancestor. The publication attracted a response from a relative who was able to provide the missing piece of the jigsaw!